With eastern cape being the worst performing  province  in terms of education standards  and particularly matric results ,rural communities are the biggest victims in this unfortunate situation, this further deepens the economic crisis we have in rural communities  at the same time reducing the literacy levels of our poorest and most vulnerable communities  and an  uneducated community is a poor community .rural kids have no access to information let alone the resources, kids continue to learn under trees   and in  mud schools ,walk long distances bare foot to and from school, sometimes  on empty stomachs , no labs ,no libraries and in  understaffed  schools .

These are just a few of the problems that these kids  have to live with on a day to day basis,let me paint a simple example of a matric child,  he goes to school that has no science lab or computer  lab, or no library as well  and yet  this child is expected to write the same exam  with children that have all the necessary support and resources  ,apart from that when this poor disadvantaged child defies the odds and passes his matric he has nowhere  to go simply because he had no access to information about bursaries , study opportunities , learnerships  ,career guidance etc, a simple thing as a university/learnership  application form would have a made a huge difference in his life as well as his future . 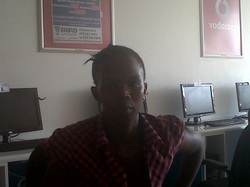 Meet Ntombozuko Ngetu from Dubeni village in Lady Frere,she will be doing a computer course @ silulo ulutho technologies in queenstown, she is one the many disadvantaged kids from rural areas , after completing her matric in 2008 ,she worked @ the local creche until the creche closed down due to lack of funds, after that she worked @ the Dubeni police station as a cleaner and later on moved to east london to work as a domestic worker just to make ends meet, we would to thank silulo for helping us empower these rural children ! for more info visit www.silulo.co.za 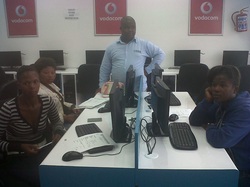 Once again we would like to thank Silulo ulutho Technologies as one of the companies that have joined hands with us in our fight for the empowerment of disadvantaged children and rural communities,Silulo is a leader in IT products and services in the townships. In six years Silulo has grown from a single internet café to a multi million rand company that offers computer training courses, internet café and business center services, and IT retail and repair.Silulo will be offering busuries to 3-5 students from the nearby villages in queenstown and lady frere a six months computer course in their new training college in queenstown.for more info go to www.silulo.co.za